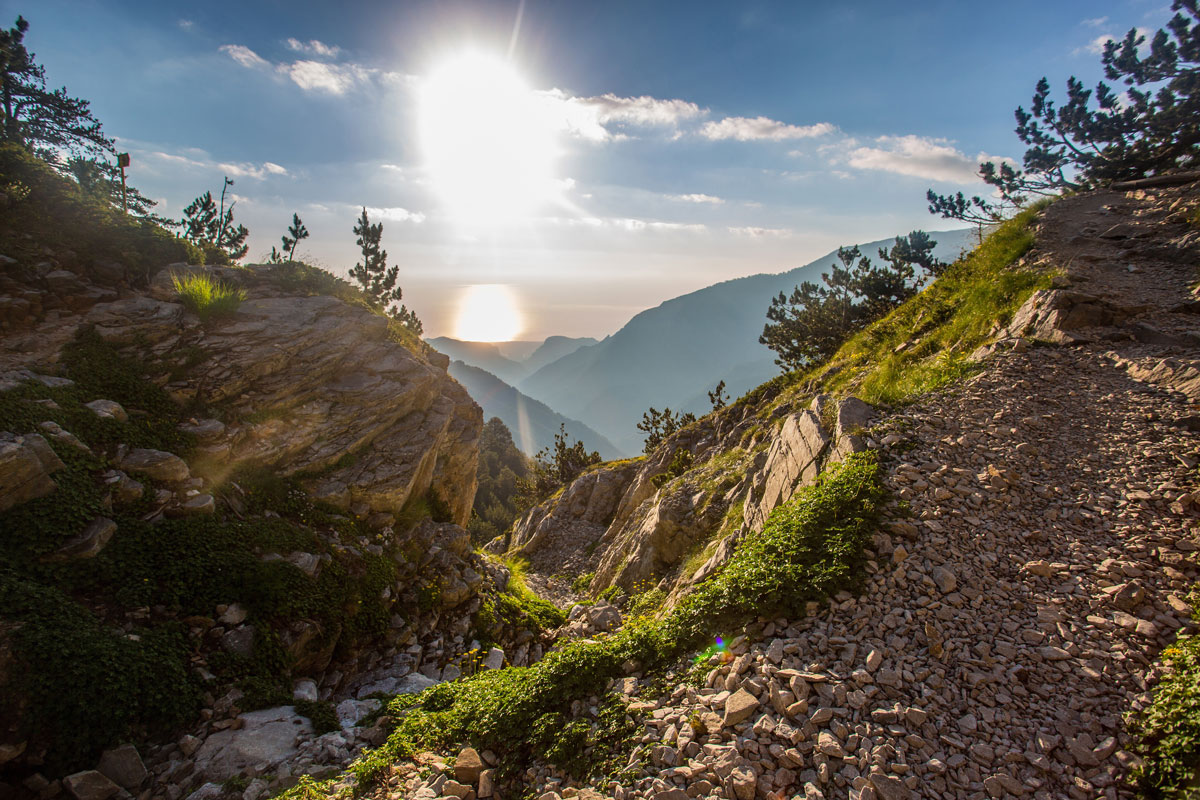 Why I’m arguing with Aristotle

There is an ancient Greek belief, based largely upon the philosophers such as Aristotle, that the only people who deserve compassion are those who do not deserve their suffering. Or to say it another way, some people deserve their suffering and are therefore worthy of blame, because they either do or don’t say, think or do things that bring suffering upon themselves.

As much as I have great respect for philosophers such as Aristotle (his virtue ethics form a significant part of my PhD) I must disagree with him on this point. I’ll explain why in a minute. To view suffering as being deserved is pervasive in western society. Our habitual patterns of aversion and self-blame combined with low self-worth, reinforced by western notions of achieving perfection, convince many people that suffering is their own fault and a sign of personal failure or inadequacy. Such patterns then reinforce self-judgment and shame and inhibit the emergence of compassion for both themselves and for others. 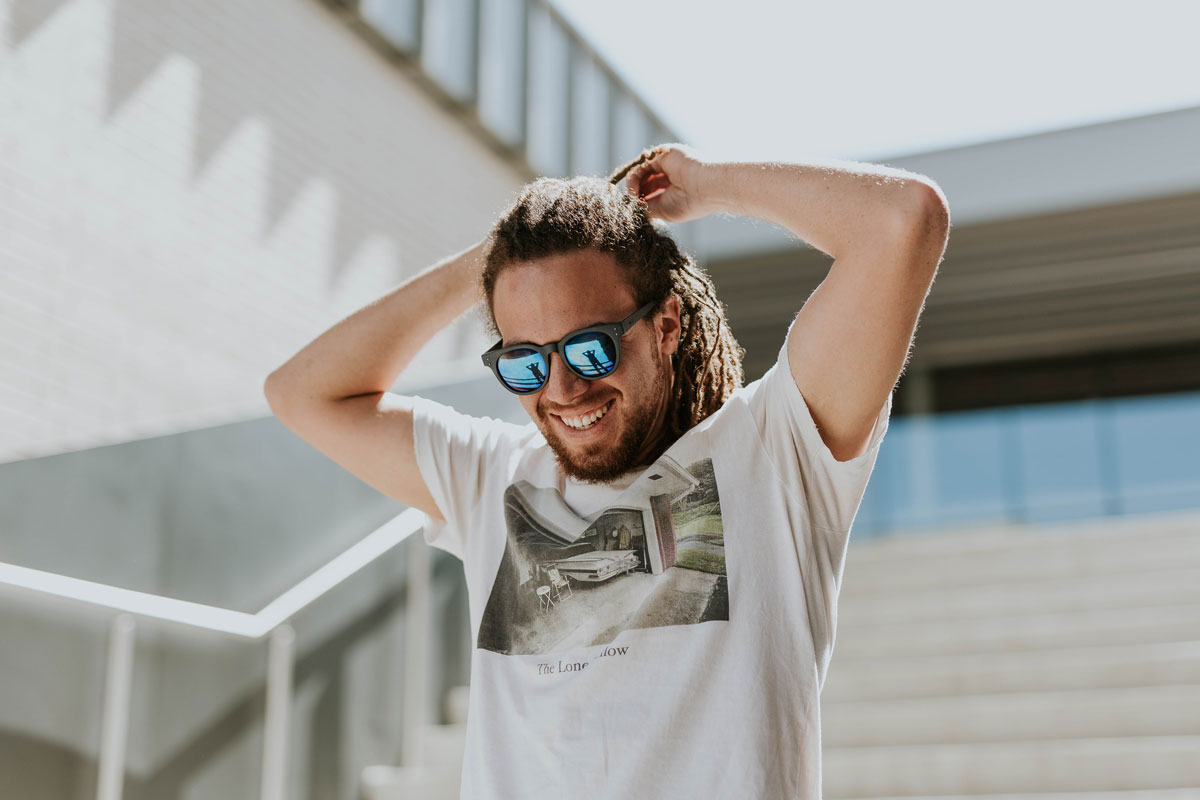 Putting ourselves in the picture

Buddhists have a great philosophical position of wishing to bestow compassion upon all sentient beings. That is, to wish for the permanent cessation of suffering. Sentient beings are any living creature that seeks to find happiness and avoid suffering. Its worth stopping and thinking about. If we examine our minds we soon realise that every thought has this premise as its basis. For example, for most of us, our ritualistic morning cup of coffee is about relieving our suffering of tiredness, boredom, frustration, lack of energy, or any other habitual experience. We drink it because, for a brief moment, it brings us a level of relief, or in other words, a sense of happiness.
At an even more basic level, most animals spend their lives seeking food, warmth and shelter and avoiding being eaten by other animals! The difference of course is that we have a consciousness of this, whereas, they don’t. So, for a Buddhist (and on some level, at least on this point, I think we are all Buddhists at heart), when we realise this we do not wish for any sentient being to suffer. And here is the profundity. When we say all sentient beings, it includes ourselves. It is not possible to have genuine compassion for any other person or being if we cannot grant it to ourselves.

The cultivation of self-compassion requires us to re-examine and investigate our core beliefs of unworthiness, unlovability and imperfection that fuel perpetual cycles of inner rejection and condemnation.

Self-compassion involves learning to attend to, approach, investigate and unpack our negative core belief systems that have been absorbed from others (such as distorted religious views) or learnt through our personal experiences of failure and rejection. Such harshness and judgment of ourselves only serves to continually reinforce feelings of inadequacy, helplessness and anxiety.

This in turn undermines our natural capacity for acceptance, generosity and compassion.

A radical transformation in how we see ourvselves – and others

Self-compassion is therefore concerned with reframing our personal narratives. Instead of anxiety, depression or obsession being seen as personal failures and inadequacies, they are seen simply as suffering.

Self-compassion permits us the same compassion that would be extended to anybody else who was suffering. Gradually, with effort, emotional afﬂiction (a shared experience of all of humanity) can be embraced with kindness and generosity, forgiveness and acceptance.

This profound shift in the relationship with one’s own suffering begins in turn to alter the view of inadequacy and failure that underlies the seemingly endless stream of aversive thoughts that constitutes the basis of our depressive musings. Compassion is not simply a pleasant emotion. It is a radical transformation of our view of suffering and of our view of ‘Self’ and the fundamental way in which we view Others. 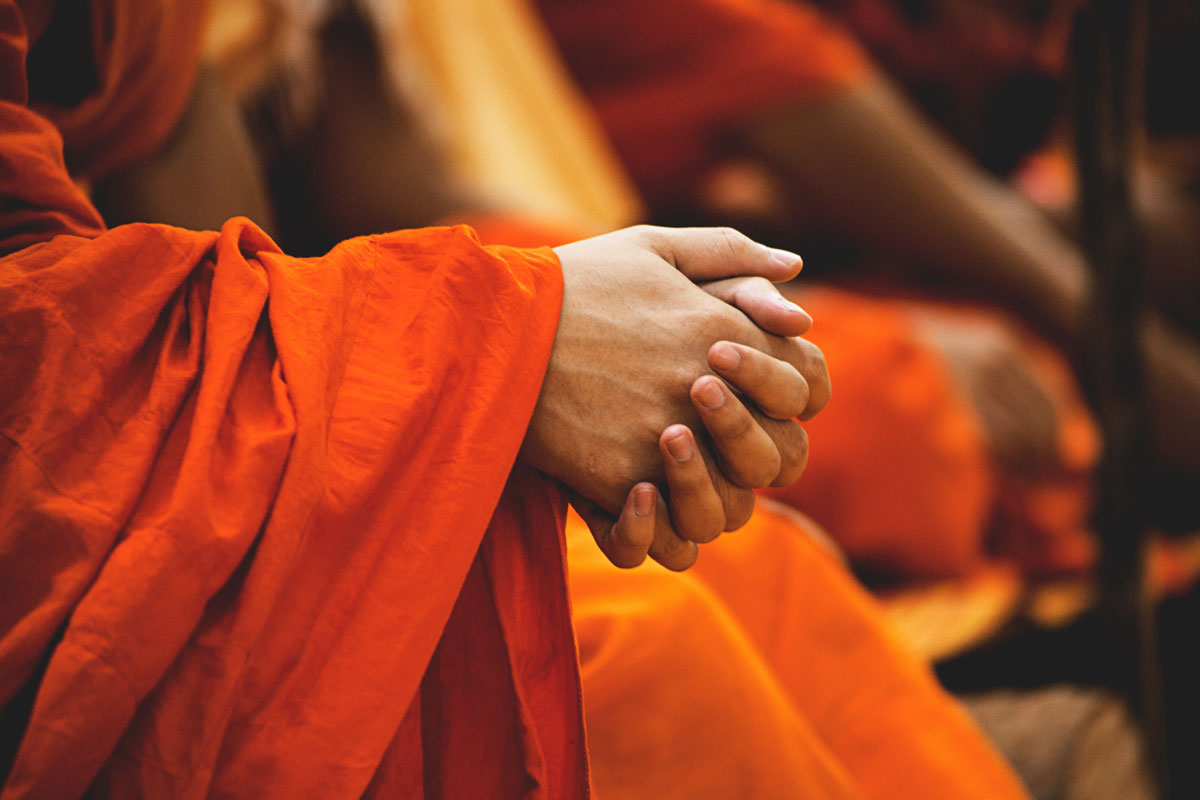 The notion of a ‘common humanity’ with the person who is suffering is evident in Buddhist definitions of compassion. The Dalai Lama argues that “genuine compassion must have both wisdom and loving kindness. That is to say, one must understand the nature of suffering from which we wish to free others (this is wisdom), and one must experience deep intimacy and empathy with other sentient beings (this is loving kindness}”.

Thus, to understand suffering, is to understand that it is part of the human condition, what it means to be human, and is, therefore, a shared experience. This distinction is important. Compassion must necessarily extend to the understanding that everyone suffers.

Do we deserve our suffering?

Deservedness implies judgment, righteousness, and condemnation and arises from the ego. In philosophy there is a word for this, known as schadenfreude. Schadenfreude is the experience of pleasure, joy, or self-satisfaction that comes from learning of or witnessing the troubles, failures, or humiliation of another. As ugly as it sounds, we all suffer from it.

Because it is derived from our ego, it seeks to separate ourselves from others, elevating us to a position of moral superiority, whilst seeing others as inferior. Whereas the compassionate aspect of our mind sees ourselves and the other as one. In other words, deservedness, or schadenfreude, is harmful and destructive, is the cause of much of the world’s suffering, and in my view, is never justified.

He argued that, depending upon where one stood in these three circumstances, determined the extent to which blame could be attributed, and to that end, as to whether the blame was proportional to the fault that has been created. Where that blame was out of proportion, the sufferer was seen as undeserving of suffering and thus worthy of compassion.

If you’ve read my earlier Blogs, you will know how little I think of blame. It is overused and the cause of much human suffering. So, on this point of blame and deservedness, I disagree with Aristotle (Blogs let you do that!).

Where I agree with Aristotle, is that, with the exception of involuntary choice, we contribute to the causes of our suffering. Those causes arise from our ignorance, an absence of our will and reason (Emmanuel Kant said similar things) and our non-virtuous choices. And in this context, we become the Authors of our stories and the Architects of our lives.

That is to say, we often contribute to the causes of our suffering by the way we react and interact with the world. And the way we do that, is by what we do or don’t, say, think or do, underpinned by the extent to which we operate through our egos as well as our anger, attachments, and our ignorance.

If our thoughts, words and actions are contaminated with an over-inflated sense of self, if our mind is full of anger, if we are too attached to our opinions, beliefs and worldly view, or if we are ignorant of true knowledge, then we set ourselves up for a world of suffering for ourselves and others.

However, if our thoughts, words and actions are shaped by a rebalancing of Self with Other and our shared experiences of suffering, if our mind is more patient and considered, if it is open to possibilities that may or may not accord with our views (but still speak to our moral conscience), then we begin moving towards our happiness.

If we genuinely stopped and thought about and reflected upon how we spoke to others, what we thought of others, and what we did to others, irrespective of what circumstances had arisen, and whether or not they were within our control, we would soon realise that we are confronted with a powerful choice. A future towards happiness, or a future towards suffering. 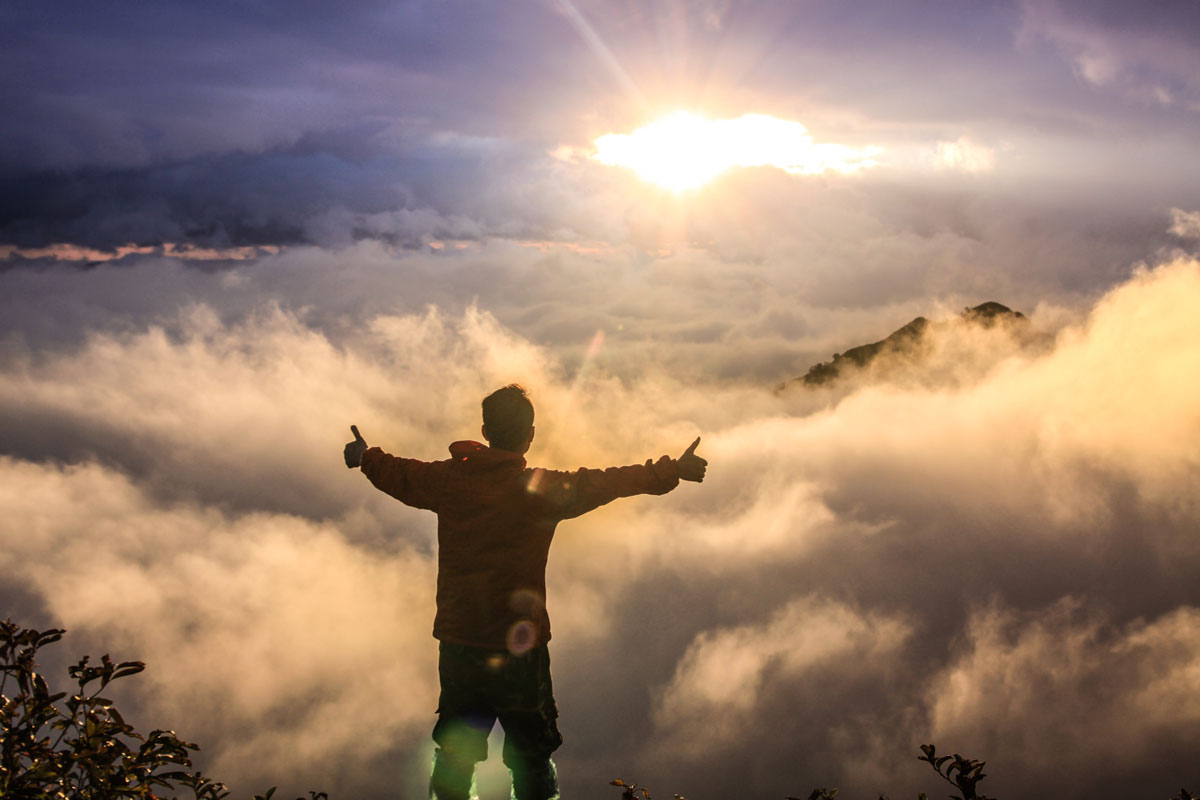 These, however, are not easy lessons to learn. In fact, from my experience and in speaking to many others, they are lifelong lessons.

Take the story of Rosie Batty as an example. Most people (at least Australians) would remember that Rosie suffered the agonising loss of her only son at the hands of her former partner. On so many levels society let Rosie down and many would argue that life let her down, giving her every excuse to be angry, bitter, righteous and outraged. But that’s not how Rosie chose to see it. I had the great pleasure of meeting Rosie on the night of the Australia Day Awards in 2015 after she received the Australian of the Year Award. I also had the great honour of sharing a meal with her on several occasions in the months following her Award.

Rosie shared with me many insights about her life, some of which you can now read about in her book ‘A Mothers Story’. In short, her life was a life full of suffering, from losing her mother at the age of four, never being able to say goodbye to her nor express grief at her loss, through to constant domestic violence and abuse throughout most of her adult life. But perhaps the best way to capture Rosie’s strength of character and determination to take what some would describe as the greatest possible suffering, to lose a child through the violence of a family member and turn it into a significant cause for the benefit of others, is to quote from her book. In it she said this:

“I wonder when I am going to stop constantly thinking about Luke. Because even when I am not thinking about him, I am thinking about him….We are all on a journey, and we all have things to learn. None of us knows what is around the corner, and it’s what you learn from the experiences that life deals you that defines that journey. In my case, that’s whether you gain wisdom and insight or whether you stay bitter and angry.”

Rosie chose to learn from her suffering. She came to understand that life was full of sufferings, and that it wasn’t so much about what happened that mattered (albeit many of those happenings were unacceptable and worthy of societies condemnation), but what mattered more was how she chose to respond to that suffering.
For the last three years Rosie has led a global campaign to bring domestic violence to an end once and for all, and whilst her foundation will soon wrap up after doing some amazing work, the legacy of her foundation will live on for many years to come. I have no doubt that Rosie wishes that such a legacy will benefit others so that they never have to experience what she experienced.
So, whether we contribute to the circumstances of our lives or whether life appears to conspire against us despite our best efforts I would say two things. Firstly, suffering is NEVER deserved! To contemplate such a thought is to perpetuate its very existence within our lives and within our societies. Secondly, we are afforded in our response to life’s circumstances the choice to suffer, or the choice to find happiness. That choice is ours to make by the way we think, speak and act. So, are we the Architects of our lives and the Authors of our story? Absolutely!